A meritocracy is not enough, when it requires someone, somewhere, to recognize that merit as an abstract concept.  We live in a world where, increasingly, the reliability of credentialing is suspect.  Where the proof of merit is not a degree or a position or a title.  In that situation, when it’s tough to trust a credential as being proof of anything other than the fact of the credential, then it makes sense that recognition, authority, prestige, rewards…all come to the people who are actually creating, not waiting.

This is what I think of as the doitocracy (do-it-ocracy).  It’s not a phrase I coined originally (although I don’t remember where I heard it), but it’s a concept I’ve been thinking and writing about in various ways for some time.  I think the doitocracy probably starts in the Open Source Software movement, where if you want something new, you go right ahead and fork, and we can trace it through wikipedia, where if something is wrong, you go ahead and edit, or if there’s no entry, you go ahead and write one.  And of course it’s a concept that has to have much older roots, too. 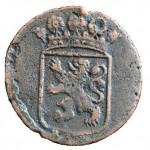 are being studied at length, in international communities, at Cichlid-forum.  For philosophy, literary criticism and performance studies one could begin at TV Club.  And I haven’t even begun to touch political science, history, gender studies, and on and on.  People want to learn, they want to think, they want to critique, and the best instances of where that is happening is where people (enabled by digital tools) are just coming together to do it.  They’re not enrolling in classes or programs of study (or even MOOCs).  The best learning examples are these self-built learning spaces (my colleague Patrick Masson said this beautifully early on in the current MOOC-mania: “I’ve been in this really good MOOC for the past 20 years.  It’s called ‘The Internet'”).

And it’s more than ideas.  People are making things, creating practical, beautiful, complicated and enriching…and new things.  And they’re explaining how they did it and letting others improve on their designs, and yes, selling their things, too. At instructables and at Maker Faires and for sale on etsy.  Of course some of the things are virtual, digital things–video and reporting and photography and animated gifs and stories and guidebooks and more.

And then there are places where both of these moves are happening together–where people want to teach something, so they make a virtual digital thing that teaches it.  The example of this most famililar to me, of course, is smarthistory.org, where a couple of teachers wanted to do a better job of teaching their own students.  So they sat down with $5/month shared hosting, $200 or so worth of hardware and software, and they built a learning space which today reaches three quarters of a million learners every semester, rather than a hundred or so.  (And is now part of the Khan Academy, which of course is also an exemplary participant in the doitocracy.  Sal Khan didn’t wait for a credential or permission–he just started making videos, posting and sharing them).  Or there’s our own CUNY Academic Commons, right here where Prestidigitation lives.  Instead of asking for CUNY community, or waiting for someone to package it for us or build it for us (or sell it to us!) we just built it. (“If you build it, they will fund,” my colleague George Otte has often said of this). 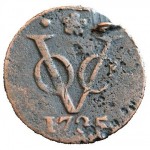 Where this becomes a doitocracy, rather than just doing it, where the -ocracy comes in, is in that “they will fund” part of the equation. Like Corey Doctorow’s concept of “whuffie,” the currency of prestige in the doitocracy, the recipe for recognition, is from the quality of the work itself.  The doitocracy is more than a meritocracy, but it’s a meritocracy, too, because when you do it, and do it well, that’s when people recognize you as the expert, that’s when they give you attention and links and retweets and yes, real currency, funding, too.  Sometimes this reputation is actually codified in thumbs-ups or likes or karma points, other times it’s just having your name ring out (or your username and avatar. Real names not required).  When Fogelhund talks about spawning Tanganyikan cichlids, I listen, because from the posts he’s shared I know what he’s tried, when he’s succeeded and why he’s failed.  When Jamie describes a new technique for anodizing titanium, I know from the quality of what he makes and sells that it’s a technique worth trying (assuming I ever want to anodize my own titanium!)

It would be a mistake not to mention that there is plenty of hard work involved in getting ahead in the doitocracy.  It’s not just by magic or wishing that something great gets built (remember what makes a wizard!).  Lots of people, lots of time, lots of energy, and heart and soul and spirit are behind that attitude of just doing it or just making it or just learning it.  But it’s that old “where love and need are one, and the work is play for mortal stakes” idea.  It’s the kind of work that is real work, and the fact that it is hard is just part of what makes it real.

It’s the new tools for communicating, creating, connecting that make the doitocracy work.  And I think the challenge, especially in a school system that has relied too long on the “because I said so” model of motivation, is to give students the access to those tools in ways that will push them to the pleasure and the dedication, the engagement and the effort, that the doitocracy rewards and requires.  We need students who will and can learn independently, finding and doing and making and sharing.  Because those are the leaders in the doitocracy.

(one last note of thanks–my early thinking on this subject was confirmed and influenced by Alan Levine’s post “Your Work Speaks for Itself.” In the doitocracy, your work is your badge.)

← STEAM A Hackable Hole in BuddyPress →